Hungary was a traditionally anti-Semitic country. It was the first European country to introduce anti-Jewish laws as early as 1920 – the numerus clausus, later followed by several other discriminatory laws against the Jewish population, for example the regulated economy, trade, industry, and culture in 1938. This was followed by even more drastic measures, mostly against people with academic professions, with university degrees, and at management level. Many Jewish people lost their jobs, their income, and their livelihood. Nevertheless, the vast majority of the Jewish population was not affected and could lead a more or less normal life.

However, there were some massacres, as illustrated by the following quotation from the “Encyclopedia of the Holocaust”:

Prior to the occupation, Hungarian Jewry also suffered as many as eighteen thousand other casualties. Of these, around seventeen thousand were “alien” Jews seized by the Hungarian authorities in July and August 1941 and deported to a site near Kamenets-Podolski, where the majority of them were massacred, together with the indigenous Galician Jews, by SS troops under the command of SS-Obergruppenführer Friedrich Jeckeln.

More than one thousand Jews were murdered in Novi Sad (Újvidék) and other areas of the Délvidék region in January and February 1942 by Hungarian military and gendarmerie units “in pursuit of partisans.”

In 1941, Hungary joined the war against the Soviet Union and the Allies. All men between the ages of 18 and 48 had to report for military service. Jews and other “unreliable elements” (the political left, Socialists, etc.) were not recruited into armed units, but mobilized for military forced labor service (katonai Munkaszolgálat). Some were stationed for different jobs within the country, but many had to dig trenches on the eastern front, defuse grenades, or perform other life-endangering tasks within the premise of the line of fire. Up to 1942 they wore military uniforms, after 1942 they had to serve in civilian clothes, with discriminatory yellow (for Jews) or white (for Jews only according to the Nuremberg laws) badges. In 1942, my father had to report for forced labor duty in Gyoma. A few months later he was discharged at the age of 48. The two photographs above show my father at work. The older Arbeitsdienstler had to compensate the lack of labor forces in agriculture but also in the industry. 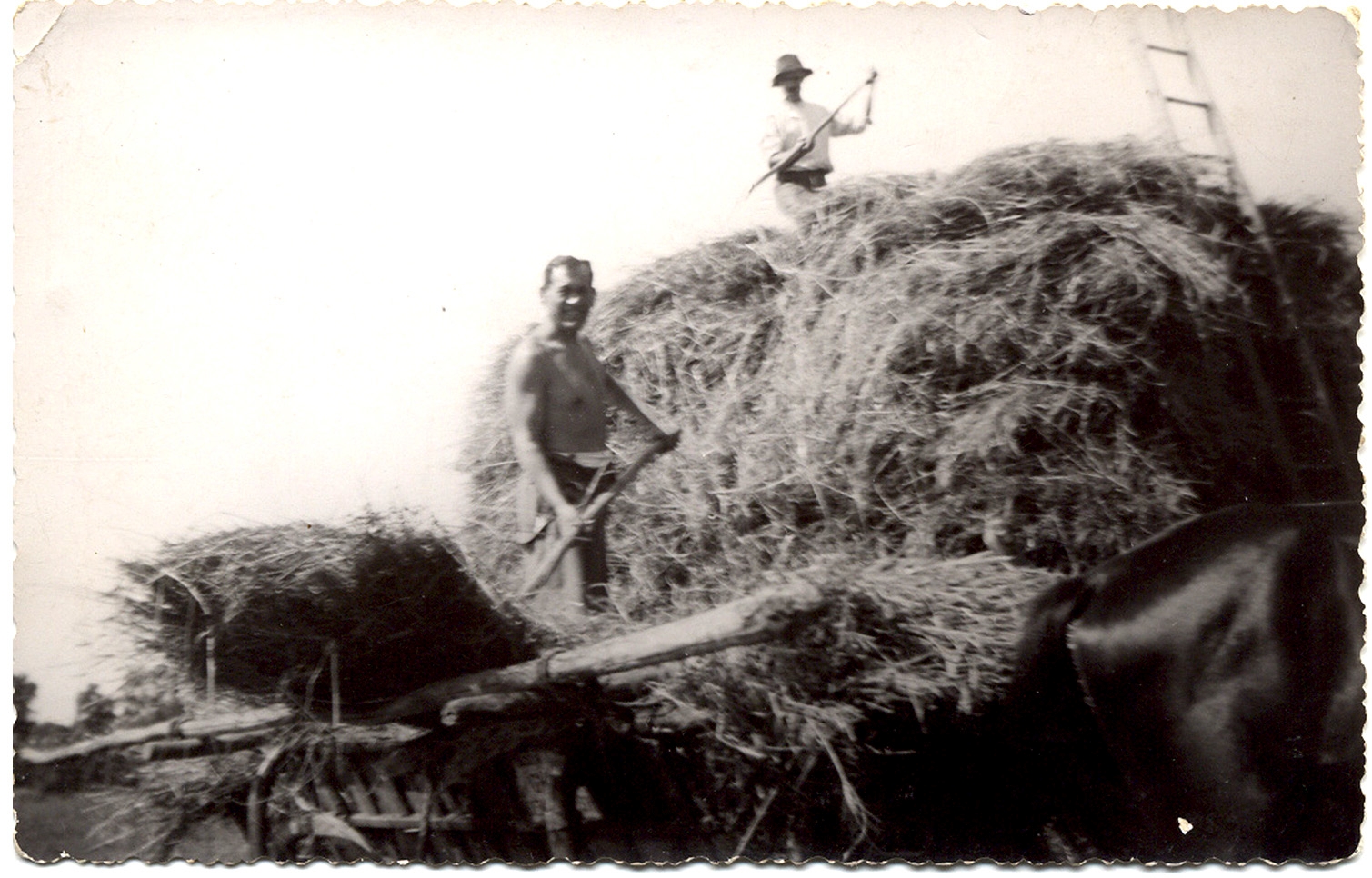 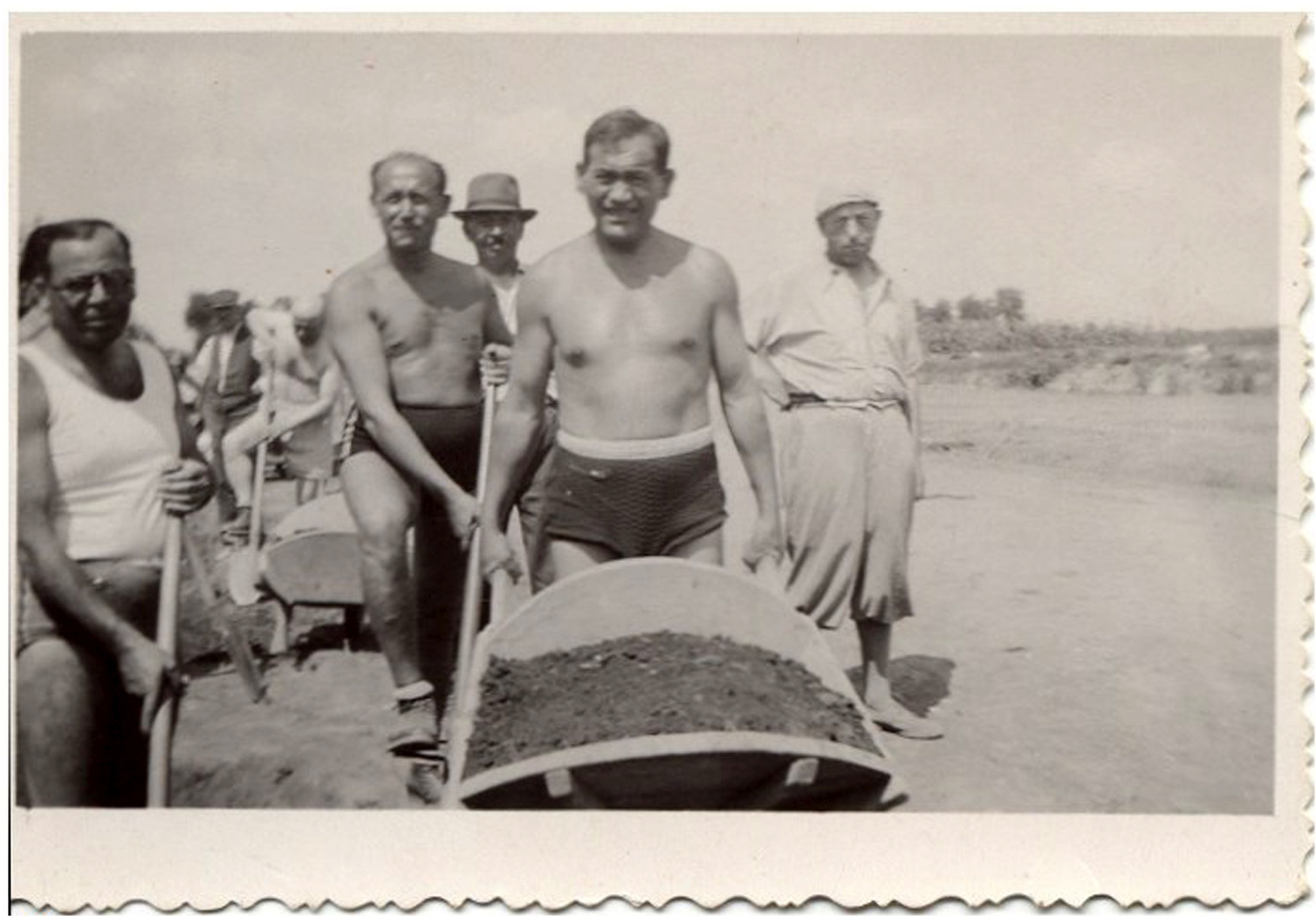