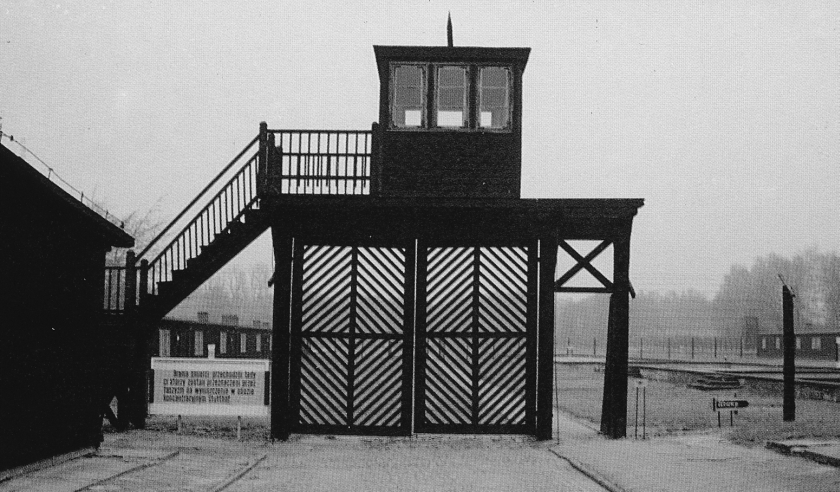 The Gate of Death.

Once a human being crossed the gate, he became nothing but a number, constantly threatened with death. Everything in the camp served death either indirectly – starvation, diseases, inhuman degrading treatment of inmates, climatic and sanitary conditions, slave labour or directly – shootings, gassing with the use of Cyclone B, lethal phenol injections and a number of other ways of genocide devised by Nazi totalitarianism.

After the liberation when I returned home, several women reported, – including my cousin Böske, about a selection on 25 September 1944 in the women’s camp BIII / Mexico. Many women from Békéscsaba, including my mother and aunt were victims of this selection. My cousin was in the hospital with scarlet fever and was an eyewitness as they drove the women out of the camp. She spoke of a rainy day, and as the women – in order to save their shoes – carried their shoes in their hands. It was two days before Yom Kippur, one of the most important Jewish holidays. I inquired already in 1993/94 at the ITS (International Tracing Service of the Red Cross) in Arolsen, to find documents about the fate of my mother and family members. The first response I received after two weeks was only some information about me.

Four years later – September 1998 – came another message. They informed me that my mother had been registered on 27 September 1944 at Stutthof concentration camp under the number 91613. I tried to find out some details. Through correspondence with the archive in Stutthof. I learned some details, about the transport from Auschwitz to Stutthof. I received a copy of the transport list and a page from the evidence book page, where I found some (sparse) information about my mother.

The Evidence- book also shows that my mother died on 18 December 1944 without any details. It turned out that this selection was for a working transport. In this transport there were 4501 women from different nations, including 1849 from Hungary and 12 from my hometown.

First page of the transportlist 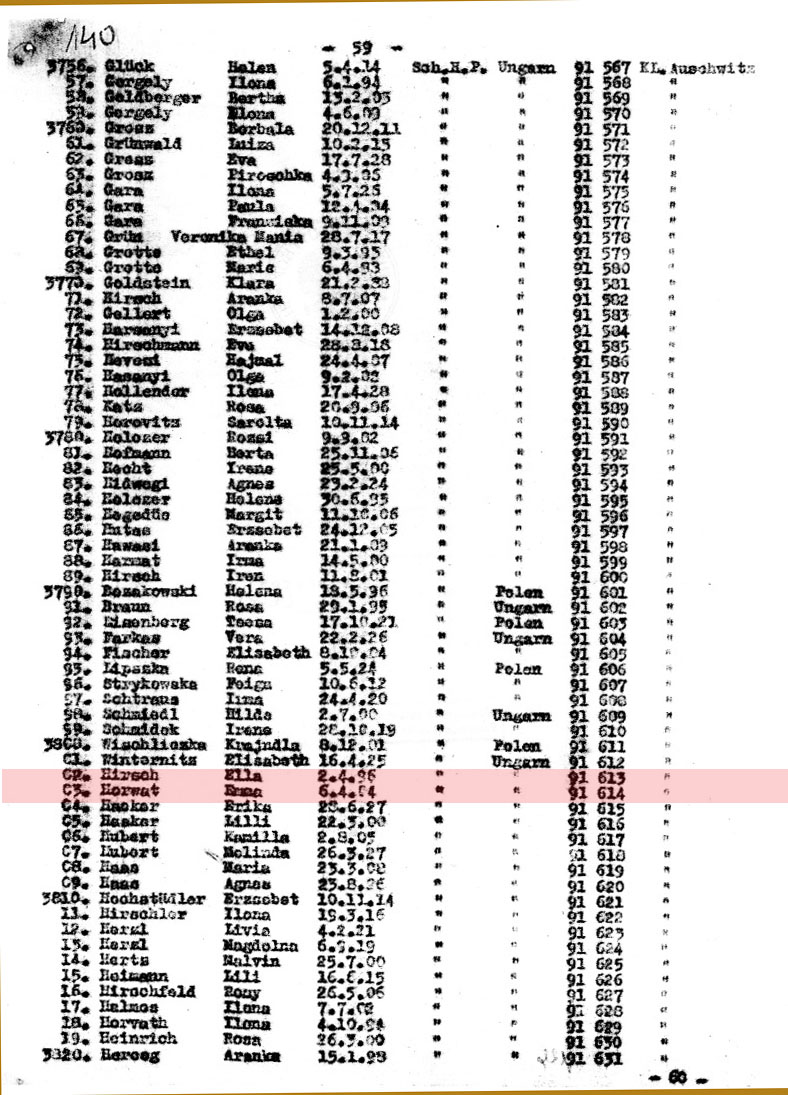 Last page of the transportlist

Women from Csaba in CC Stutthof